Skip to Main Content
It looks like you're using Internet Explorer 11 or older. This website works best with modern browsers such as the latest versions of Chrome, Firefox, Safari, and Edge. If you continue with this browser, you may see unexpected results.

Tips to improve and correct common errors in academic and formal writing.

The content of this guide was developed by Christine Graham, English courses supervisor, to assist students in identifying and correcting spelling, punctuation, and grammar errors in college writing assignments.

(Grammatical errors in this guide were intentional. They were meant to draw attention and provide some humor.)

Each SPAG error is associated with a number code that may appear on your corrected papers. More information can be found on subsequent tabs.

2. Separate run-on, or fused, sentences or join them correctly.

3a. Commas are not strong enough to join sentences.

3b. Coordinating conjunctions need a comma after them to join independent clauses.

3c. Commas separate direct quotes or speech from the rest of the sentence.

3d. A pair of commas sets off non-restrictive modifiers and appositives, words or phrases that rename or define a noun, from the rest of the sentence.

3e. Use a comma to separate parallel (or independent) adjectives.

3f. Use commas to set off absolute phrases, adding detail and variety to your writing.

3g. Use a comma to set off introductory elements.

3h. Use commas to separate and group items in a series.

3i. Use commas to separate interrupters, including tag questions and embedded material: side comments, names, years, state names, and abbreviations with names.

4. Semicolons do three things: they join two closely related independent clauses; they separate sentences joined by conjunctive adverbs; they act as "super commas" to separate items in lists that include other punctuation.

7. Quotation marks indicate direct use of someone else's words and titles of short works.

8. Exclamation points should be used sparingly; otherwise they lose their punch and look juvenile!

9. A dash is the long mark that signals an abrupt break in thought. It should be used only occasionally in most formal writing.

10. A hyphen is the short mark used to join two words. Hyphenation can change or clarify meaning. Hyphenate ages used as modifiers.

11. Put modifiers as close as possible to the words or phrases they are intended to modify; avoid dangling or misplaced modifiers.

12. Use the correct word. Look it up. Is this really what you meant to say? Watch out for confusable words. Some common ones are listed below.

12b. Affect or effect

12c. All right, already, altogether and all together are all differen

12h. Everyday or every day

13. Him or he, I or me? Determine the correct case of the pronoun by omitting "extra" nouns (turn "my sister and me" into "me").

14. Verbs must agree with their subjects, even if other material has intervened.

15. The word they is not used for a generic singular pronoun in conservative, formal writing.

16. Pronouns must refer clearly to a plausible noun.

17. Use figures for most numbers over 10, unless you are beginning a sentence or matching within a category. Dates, ages, specific units, percentages, and money are expressed in figures.

19. We belong to The Church of Jesus Christ of Latter-day Saints.

20. Use parallel structure in lists and in series. (Match the form of verbs, nouns, phrases, etc.)

21. Use active voice unless you have a good reason not to.

23. Paragraphs should have unity and structure; each paragraph should be about one single thing or idea.

24. Transitions move your reader smoothly from one idea to the next and clarify the relationships between your points.

26. Use APA citation style and include a correctly formatted reference list.

27. Titles of your own writing should be appropriate to the content. All "major" words (nouns, verbs, adjectives, and pronouns) should be capitalized. Titles do not end with a period and only contain quotation marks around quoted material; first and last are always capitalized, "including the second part of hyphenated words," as should all words "of four letters or more," 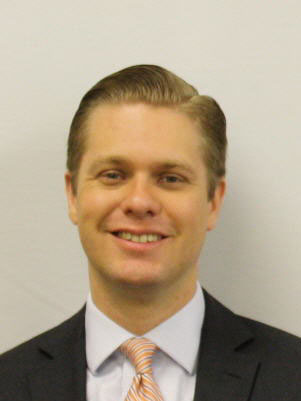